The concentrate is clear and there's no sign of coloring whatsoever. As for the smell, I get a strong whiff of sweet blueberries with some candy backnotes... actually, it really smells like those AirHead candies I used to devour as a kid. It's definitely reminescent of blue raspberry candy instead of an actual blueberry cotton candy.

Oh wow, first impressions. This is a tasty flavor! The blueberries aren'y exactly 'fresh tasting'. Instead, what I get tastes more like a blueberry extract used in many of my favourite blueberry candies. I don't get much cotton candy to be honest. Maybe just ethyl maltol.

But this flavoring does show a lot of promise at 5%!

It's sweet, fun, juvenile and kind of reminds me a little of when I was a kid. My parents would take me to the carnival snack booth and dad would say I could pick one thing. I would always, hands down, go for cotton candy. Even tho the pink ones always tasted like the blue or purple ones (probably just food dye without actually changing the actual flavor LOL!)

It's really tasty as a standalone although I would lean on the higher side of things when mixing (try 7 - 10%). As an accent, this works pretty much the same way as TFA Cotton Candy. It definitely sweetens up a mix but it does something extra, an almost underlying candy-like taste. IMO, TFA Cotton Candy just moistens a recipe and gives it the impression of sweetness. FW's version actually has a more genuine candy taste to it.

A word that comes to mind when vaping this is fun! This is a very simple and comforting flavoring. There's not much complexity to it but rest assured, it'll always leave you vaping with a smile. Because it's such a linear flavour, you definitely need to play around with it and flavor bend in order to alter its properties. Try adding some bubblegum or swedish candy to it to make it a full-fledged candy! 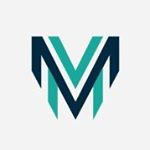